At the 43rd Annecy International Animated Film Festival (10-15 June) and Mifa (11 – 14 June), Czech Republic will be represented by 3 films and 2 upcoming projects. Apart, Daughter and The Kite will be screened as a part of this year’s official programme, while Even Mice Belong in Heaven and My Sunny Maad will be presented during the Works in Progress and Gap Financing session of the market.

An animated documentary Apart by Diana Cam Van Nguyen has been selected for the Graduation Short Films in Competition. A short by young FAMU student (co-produced by Alkay Animation Prague) thematizes a difficult topic, dealing with life after the loss of a loved one, and uses techniques of both live-action and animated film. The film was screened earlier this year at Rotterdam, and won the award for Best Czech experimental documentary at Ji.hlava IDFF 2018.

Another FAMU project (co-produced by MAUR film), Daria Kashcheeva’s Daughter, will be screened in the Graduation Short Films in Competition. A tender short tells a story about a complicated relationship between a daughter and her father. A girl was hurt as a child and keeps alive the memory of it. She lacked love and empathy from her father and now she is not able to share her feelings with him.

The Kite has been selected for Young Audiences Short Films in Competition. Martin Smatana’s Czech-Slovak-Polish (produced by BFilm.cz and co-produced by BFILM (SK), FAMU (CZ) and CeTA (PL) deals with the issue of death, but it does so in a simple metaphorical and symbolic way using the relationship between the little boy and his grandpa. The Kite premiered earlier this year at Berlinale in the Generation Kplus section. 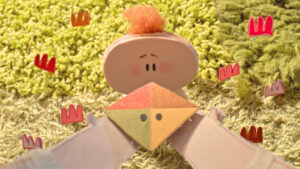 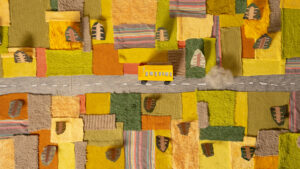 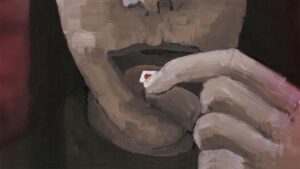 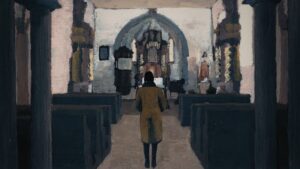 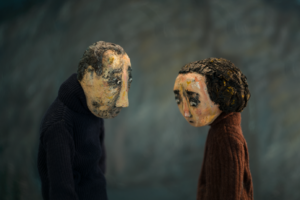 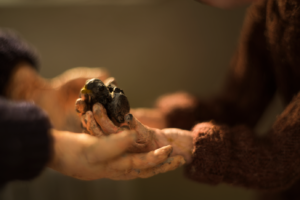 Even Mice Belong in Heaven

At Mifa, a long-awaited Czech-French-Polish-Slovak feature Even Mice Belong in Heaven will be presented in Works in Progress. A story about two mortal enemies, a little Mouse and a Fox who meet in animal heaven, is produced by Vladimír Lhoták from Fresh Films (CZ) and Alexandre Charlet from Les Films du Sygne (FR) in co-production with Animoon (PL), Cinemart (SK) and Czech Television (CZ). The project has been presented at Mifa Pitches in 2014 in stage of development.

Another prestigious feature length animation project in production My Sunny Maad will be presented in Gap Financing: Meet the Producers. Based on a book by Iva Procházková (Freshta), directed by Michaela Pavlátová and produced by Petr Oukropec and Kateřina Černá from Negativ (CZ) and Ron Dyens from Sacrebleue Productions (FR) in co-production with, BFilm (SK), and Czech Television (CZ), the film tells the story of a Czech Woman Helena (now Herra) who falls in love with an Afghan man Nazir and has no idea about the life that awaits her in post-Taliban Afghanistan, nor about the family she is about to join.

In Annecy, Czech animation will be once again widely represented by a number of Czech animation professionals. Find out more about production companies present in Annecy in our brochure online HERE.

Dealing with life after the loss of a loved one is a difficult topic.
The film uses techniques of both live-action and animated film – the real experiences of the narrators are combined with animated sequences reconstructing painful situations, looking into the thoughts of three young people prematurely exposed to death.

A girl was hurt as a child and keeps alive the memory of it. She lacked love and empathy from her father and now she is not able to share her feelings with him. She can’t get rid of the painful memories taking her back to when she brought home a little dead bird and her father didn’t support her. Sometimes it’s too hard to open your feelings and share it with a close one. Sometimes it’s too late. Let your painful memory fly away like a free little bird.

The Kite deals with the issue of death, but it does so in a simple metaphorical and symbolic way using the relationship between the little boy and his grandpa. It explains that none of us are here forever and that all living creatures must die, but also shows that death doesn’t mean the end of our journey.

A story about two outsiders, who, combining their very different personalities and ways of thinking, are able to overcome tremendous obstacles. After an unfortunate accident, two mortal enemies – a little Mouse and a Fox – meet in animal heaven. They lose their natural instincts and become best friends. Their wish to stay together after they return to earth comes true, but they are reborn

into opposite roles. Thanks to the power of friendship they can overcome what seems to be impossible. The film about hope, a quest for love and courage, and about overcoming prejudices and old pains.
> PRESENTATION: THU 13 JUN at 11:30, Hall Pierre Lamy

When Herra, a Czech woman, falls in love with Nazir, an Afghan, she has no idea about the life that awaits her in post-Taliban Afghanistan, nor about the family she is about to join. A grandfather who is a feminist, an adopted young boy who astounds with his intellect, and Freshta, who will do anything to run away from her abusive husband. Like the other women in the family, Herra wears a burka and hides in a closet when guests arrive. She soon starts a new job with an American woman, Heidi, who has little understanding of the way women live in Afghanistan, and even less that not everybody wants to be saved by Westerners.
> PRESENTATION: TUE 11 JUN at 9:00, Impérial Palace Ravel