We define a vision for the animation sector

We have created a Strategic Concept of Animation Industry Development, which maps the current situation and attempts to highlight the sector’s strong and weak points. It also clearly formulates opportunities for the creation of a functioning, competitive animation sector in the CR with an eye on global challenges and trends.
More

We propose steps toward improvement

We are instigating the establishment of a system of active and transparent cooperation between players in the animation and VFX field (schools, state bodies and public administration institutions). We are actively involved in the creation of professional qualification standards.
More

We support the interests of animation professionals

We represent the interests of those involved in animation at public administration agencies in the CR and EU. We compile recommendations and information aimed at improving the competitiveness of Czech animation. At the same time we work with others in the Czech audio-visual sector: the Audiovisual Producers Association (APA), the Czech Film Fund, the Czech Film Centre, the Film Chamber, the Film Commission and the Creative Europe Desk MEDIA.

We are creating opportunities for meetings between producers, studios, TV company and film distribution professionals from developed markets and Central and Eastern European countries aimed at sparking cooperation on animation projects. Our aim is to build up long-term, firm partnerships that will benefit both sides in project production.
More

Strategic Concept of Animation Industry Development in the Czech Republic

We have formulated our concept and vision for the development of the animation industry in the document Strategic Concept of Animation Industry Development (SCAID), which helps define the animation sector in system terms.

On the basis of a set of starting points, SCAID proposes strategic directions for the animation sector that are particularly focused on the short- and medium-term horizon until 2020.

The Strategic Concept of Animation Industry Development builds on and further develops a study on the state of animation produced in 2014 within the project Mapping the Arts and Creative Industries in the CR, Arts and Theatre Industry. An action plan is being produced on the basis of the study that will be discussed with animation players in the private and public spheres.

The CEE Animation (previously known as Visegrad Animation Forum) is a platform aimed at boosting the animation sector in the Central and Eastern Europe region. Its main goal is to create opportunities for encounters between producers, studios and TV company and film distribution professionals aimed at sparking cooperation on animation projects.

The kernel of the programme is the CEE Animation Forum, a competition for animated projects in five categories: short and student films, series/TV specials, feature films and XR projects. Entrants have a unique chance to grab the attention of foreign producers, benefitting their project in the development and implementation stages.

The competition part is complemented by specialised workshops on issues relating to the financing of development, production and distribution of animated films and series. During their stay, artists and producers have the opportunity to meet experienced instructors who will advise them on how to sell their animated project successfully. There is also an accompanying programme focused on distribution opportunities, financing, coproduction opportunities, etc. Also valuable are case studies of implemented projects, which serve as a great inspiration to producers. Participants can discover how big serials have been produced, as well as the fates of VAF-winning projects.

The CEE Animation Forum has been held annually in cooperation with the Anifilm International Festival of Animated Film since 2012. 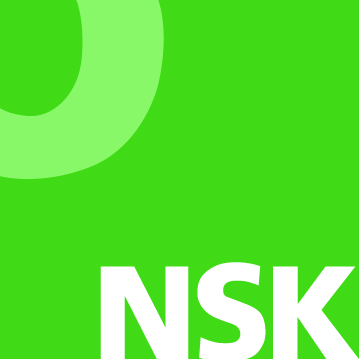 In our view the poor quality of employees in animation in the CR is one factor limiting the competitiveness of the sector. Therefore since 2013 we have been – with the participation of selected ASAF members – actively involved in the creation of professional qualification standards within the framework of the National Register of Qualifications.

Along with educational institutions, representatives of employers and professionals in animation have been active in the formulation of the qualification standards, both as members of individual working groups and as opponents. This has allowed for an appropriate and necessary consensus in the setting of standards of competence for animation personnel.

Animation and games studios and producers will have access to clear parameters for verifying the quality of hires for projects. Individuals who work in animation but have not gone through formal education in the field will be able to establish their expertise with a certificate on successfully passing an authorisation test. The qualification standards will provide educational institutes with the opportunity to share the views of employers as regards qualification requirements and to adapt their teaching programmes to them so as to correspond better to the demands of the labour market. The qualification standards are an instrument for boosting the competitiveness of the entire sector, underscoring the quality of services provided by individual players such as schools, the self-employed, animation studios and production companies.

The following qualifications have been created for the field of animation: